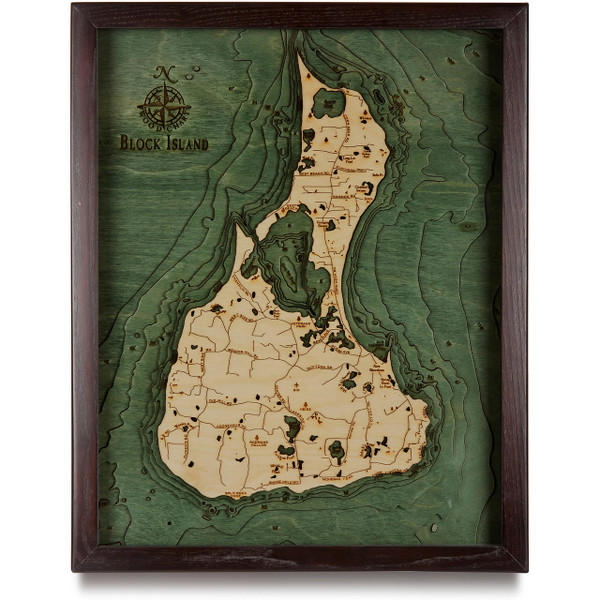 Just off the Atlantic Ocean coast of Rhode Island, about 14 miles east of Montauk Point, Long Island and New York is the island of Block Island. It is part of the Outer Lands coastal archipelago. Nearly forty percent of the island is dedicated for conservation and has been added to the list of “The Last Great Places” by The Nature Conservancy. Block Island as a tourist destination is popular for its biking, hiking, sailing, fishing, and beaches - not to mention the historic lighthouses that are high on the sites-to-see list: The Block Island North Light and the Block Island Southeast Light. A majority of the northern region is natural area that hasn’t yet been developed and is also home to a resting stop for the migrating birds along the Atlantic Flyway. The town itself has 109.5 square miles in total area, with 99.8 of those square miles being water. The island’s population is known to swell to three times its normal size during the summer months when the vacation crowds filter in for events like the annual Fourth of July parade and the like.