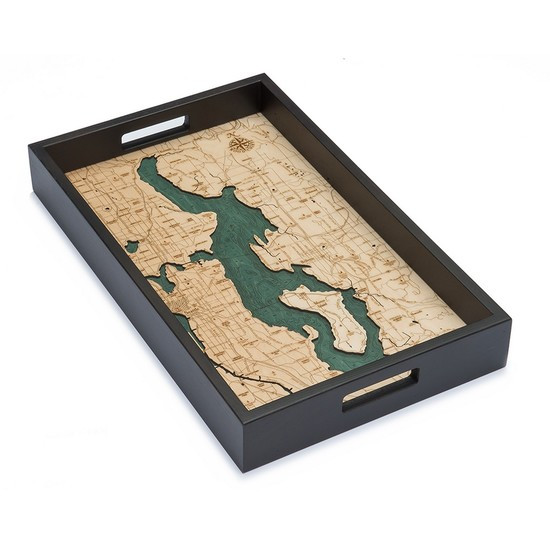 Adjacent to the city of Seattle is the large region of freshwater, Lake Washington. A close second to Lake Chelan, it is among the largest natural lakes in the county, bordering the city of Seattle on the west and surround by Bellevue, Kirkland, Renton, Kenmore, and Mercer Island. At its north end, this lake is fed by the glorious Sammamish River, with the south end being met with the Cedar River. Before there was the construction of the Lake Washington Ship Canal, the primary source of water to the lake was Sammamish. The water level in Lake Washington dropped 8 feet because of the canal’s increased flow of the Sammamish River. Cedar River is now the primary source of water with the diversion of water by the ship canal project. The lake was given its name by Thomas Mercer in 1854 who suggested it be named after George Washington as the Washington territory, with a slew of previous names that never quite stuck, like Lake Geneva, Lake Duwamish, and the Chinook jargon name of "Hyas Chuck." Opportunities for fishing are abundant here with a variety of species to look forward to, like Coastal Cutthroat Trout, Largemouth Bass, Smallmouth Bass, Yellow Perch, and Black Crappie.